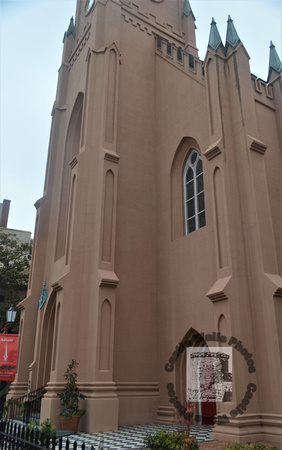 Church on the Green

Charleston is also known as a city of churches.

In 1783, this site was transferred to the City upon its incorporation as a municipality. Six years later a small portion of this tract was transferred back to the state for use as a tobacco inspection site. The City retained the remainder of the land known as the Citadel Green which was used as a muster site for militia units.
© Castle Walls Photos
Powered by ZENFOLIO User Agreement
Cancel
Continue