On April 19, 1995, a truck-bomb explosion outside the Alfred P. Murrah Federal Building in Oklahoma City, Oklahoma, left 168 people dead and hundreds more injured. The blast was set off by anti-government militant Timothy McVeigh, who in 2001 was executed for his crimes. His co-conspirator Terry Nichols received life in prison. Until September 11, 2001, the Oklahoma City bombing was the worst terrorist attack to take place on U.S. soil.

The Memorial remembers each person killed with an empty chair. The street is now closed, with water covering the previous pavement. The gates at each end of the block mark the time of 9:01 and 9:03 - the time between is when the bomb exploded. 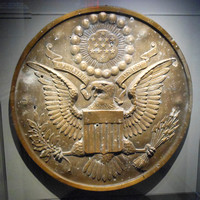 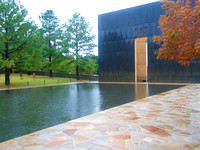 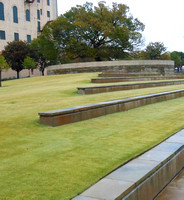 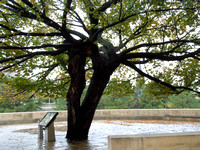 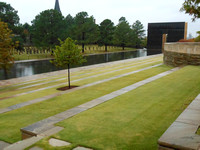 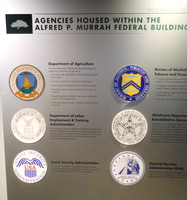 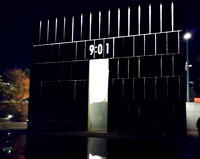